My Fling with PND


My fling with PND lasted about an hour. I say fling because it wasn’t a full blown relationship. We met, we checked each other out, we had a bit of a pash and then I realised PND was a complete bastard and wanted nothing to do with it, so I dumped it.

When I had my first baby, I was so thrilled that I’d finally conceived after a year of trying and getting really close to intervention, that I literally threw myself into mothering her. I jumped every time she squawked. I leaped out of bed enthusiastically in the middle of the night to feed and soothe her. I prolonged every phase of her development; mostly because I was too inexperienced to read the signs that she needed to change, but also because I indulged in the established routine and was afraid to alter it. With support and information, we got there in the end. She ate solid food and weaned off the breast easily, she slept through the night, she rolled, crawled and walked, she got teeth, she’s talking and she even sits on the loo every now and then and actually goes. Even when I was tired and frustrated and confused though, I was never really depressed. I never felt utter despair. I didn’t feel rage. I wasn’t confused to the point of sobbing. I was content and happy. For the majority of the time it was me and her in the trenches. Her dad at work during the day and during the night, I insisted he sleep so he could function at work the next day, knowing I could rest when she napped.

When the twins came along she was 18 months old. Again we were thrilled to be having not only another baby; a much wanted sibling for her, but two healthy little girls. Our family was going to be full, abundant; something we dreamed of, but weren’t sure we were going to achieve. Despite everyone’s shocked warnings of how busy we would be and the necessary banter about the chaos that would ensue, we were truly excited and thrilled. We weren’t under any illusions that it was going to be easy, but we felt prepared. Raising our first through that first year was still fresh in our minds and we learned a lot. We knew it wouldn’t be the same though. There were two babies at the same time and a toddler who’s nurturing still needed to be observed and progressed milestone by milestone. We were going to become masters of multi tasking, champions of triage, expert jugglers. Well I was mostly, because let’s face it, I’m the primary carer whether I care to admit it or not. Yes I have support; my husband and parents do their best to help me. However, the majority of care giving for all three children at this early stage is my sole responsibility. It was my choice, my preference and I can do it. I do it pretty well. But it’s bloody hard and sometimes, it doesn’t have to be, but it is. Sometimes there are more obstacles and hurdles to jump than there needs to be.


I took the babies and continued to take the toddler to the health clinic for their periodical check ups. At the end you do a little tick a box quiz, which I love and have absolutely no cynicism about how leading they are (eye roll) and I always scored pretty well. I always answered completely honestly, because I am up for the discussion with the nurse and ready to rant about how I feel about the label Post Natal Depression. Again, it’s not that I don’t believe it exists. I am certain it does and that there is a spectrum. However I understand where I’m at on that spectrum and my critical analysis is that you can’t put a woman in a pressure cooker and expect her to remain cool as a cucumber in a crisper all the time. That’s just madness. I always answered the questions truthfully and I especially loved the one about the sense of humour. That is my measure for my state of mind. Can I still laugh at things? Am I still able to find the comedy? The answer is almost always yes. The other good ones are about crying and raging. Do I cry and rage often? Not like the normal amount that is expected when you are elbow deep in shit most days, when you are exhausted from broken sleep and waking through the night sometimes hourly, when your body is being ravaged by breastfeeding and mastitis – I’m on my sixth bout and this time the site of infection was right behind the nipple and one of the twins has teeth…..yep excruciating. When you are alone with three babies most days and you’re doing most of the feeding, lifting, napping (them not me), changing, cleaning, singing, entertaining, routine monitoring, cooking and food preparation, thinking and planning and observing….what do they call that these days? Hypervigilance.

So at around the babies’ 6 month check, which was really at 8 months because we were delayed after one of them had a minor cleft operation at 4 months; it was at this appointment that I answered truthfully; I hadn’t had a good belly laugh in ages. I cry more than normal – when the babies refuse to sleep, when I am in pain, when I feel unfit and frumpy, when I haven’t got time to write or crochet, when I’m bored of the same three rooms and I despair at a world that is cruel to women and girls and I am raising three. I rage more often than I used to. I nag my husband and my toddler; I pick fights with them and my parents. I get the shits with the general public (OK I did this most of my adult life, but now it’s for different reasons like why are they taking up the pram parking when they don’t have children, why is their trolley abandoned in the middle of the isle, why is the neighbour continually slamming doors or using power tools beneath my bedroom window, why do people have to mow lawns so often, why are people so impolite, rude, indifferent, conceited, incompetent, complacent….why am I so angry all the time.)

The baby health nurse listened to me and validated my feelings. She said everything I was going through was understandable. I’m in the thick of it and she recognised that I am very self aware. I made a commitment to take some time out and go back to looking after my body and mind through yoga. I have now bought a ten class pass and started classes.

When the teacher asked at the first class if there was anything in particular we wanted to address at the session I had to bite my tongue. People said their lower backs and neck hurt, some wanted a good stretch – I wanted to address my deep seeded rage and existential confusion; I didn’t say it out loud. At one part of the class we were lying on our backs and he asked us to take a deep breath and release it with a loud sigh; I fought the urge to scream out MOTHERFUCKER.

It’s a start. I’m trying to do one or two sessions a week and I’m already seeing the benefits. For some people who are experiencing Post Natal Depression it is much more serious and complicated than that. Maybe they don’t have the tools to critically analyse and understand what they are experiencing and only see the symptoms independent of the causes. For me it isn’t like that. I can’t control feeling like crap; crying and getting angry, feeling overwhelmed and confused, feeling lonely and isolated and desperate that everything is bleak and hopeless. But when the moment passes I can make sense of it and I understand that I feel those things not because of something inside me that is dysfunctional or broken, but instead I see it as a very normal response to what I am experiencing being a stay at home mum to three babies under the age of two. I think that if mums didn’t respond with the emotional and psychological behaviours that we associate with depression after making a human or two or more in their bodies, having given birth and being suddenly bombarded with the immense responsibility of taking care of babies; if they were all calm and positive and well groomed and happy all the time; that would be psychotic. That would be dysfunctional and not a normal response to the stimuli.

For some women, medication is absolutely appropriate. I am afraid to take anti depressants because I think I will like them too much. I recognised something very sinister in myself when the Endone ran out and I faced the prospect of having no more pain killers. I felt a bit like a junky that needed their next fix and was not going to be able to score. I have an indulgent and addictive streak that I need to keep an eye on. I am very good at utilising tools like wine for example, to self medicate and keep me calm. This hasn’t been an option until recently because I don’t like to drink at all while I’m breastfeeding, but the babies have cut back on feeds and I’ve been allowing a glass or two each night and it has made an immense difference. I can get a good buzz on with just a small amount and it is helping me get through the nights. The babies still don’t sleep through and I think the nights are the hardest for people who experience depression. On second thought, the nights are hard on most normal human people who are engaged with the nature of existing and have a mind and emotions. The nights are dark and silent and the self and the mind are alone to dwell and reflect. The self is awake to dance up a storm of despair and uncertainty that the day time can easily mute and hide in the light. If it was legal, I’d smoke a joint once in a while.

I guess my point is this. PND is very real and very debilitating for some women, but it isn’t a flaw in them. It isn’t a condition that is inherent in their nature. It is a response to a situation that will push any normal person to their absolute limit. Women all deal with this pressure differently and we all make choices and sometimes have no control over how we experience pregnancy, child birth and parenting.

I’ll end with one of my favourite quotes. 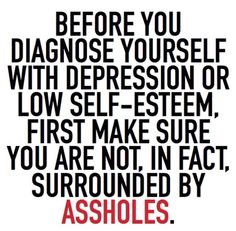 Posted by Diane Koopman - Humanisting at 8:25 pm No comments: 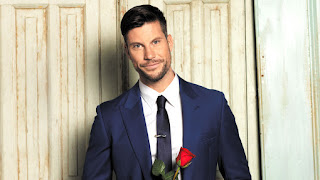 Posted by Diane Koopman - Humanisting at 12:18 pm No comments:

Diane Koopman - Humanisting
I Wanna Talk About This is a collection of stories, experiences and observations that promote equality, peace and justice. Words are weapons enough.