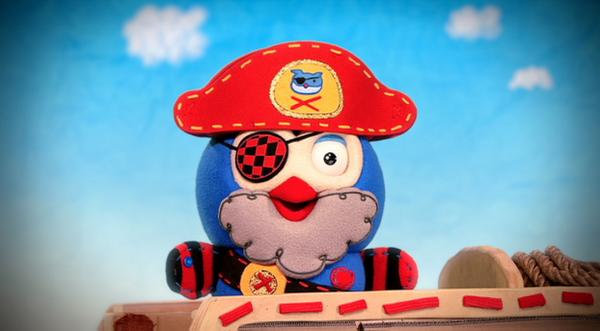 You never notice when your kids start using language properly to reason. My twins are one and a half and they have started talking. They have babbling conversations with each other and with themselves. I recognise some sounds that could be words. They also say very specific words accompanied by actions; like 'hat', 'wrap', 'get down', 'ducky', 'jacket', 'Bubu' (an app about a cat).

Somehow they go from these stumbling attempts at communication, to having full conversations with you, sometimes using bigger words and phrases than you anticipate. My almost three year old is saying things to me like 'that could be dangerous', 'how exciting' and 'don't worry, it'll turn up'. She also said 'Jesus Christ' and 'the bloody wasp will get us'. I'm working on being a bit more aware of my language around her till she's old enough to understand context. Her language skills have developed immensely since starting daycare six months ago and she comes home and tells me stories about her day. I don't even listen to the details much, I'm so enthralled that suddenly she knows how to speak.

She has this way of joining a whole bunch of random sentences together with 'but' and 'and so'. I can listen to her logic and story telling for hours and look for queues about how she is starting to describe and relate to the world around her.

This morning we had a moment. It's not the first time we've conversed, obviously. We talk a lot. I reckon I talk too much sometimes. I describe and explain everything to the girls and I'm well aware that most of the time their faces are looking back at me blankly and they're drifting off into their own thoughts or trying to change the subject (my eldest is great at this, especially if I am giving her a lecture about something she did that wasn't right, like pushing her sister or snatching toys). I'm sure they're taking it all in on some level. My husband is the silent type. He doesn't go into detailed analysis of every little thing like I do and his relationship with the girls is less verbose. They are very lucky to have a good balance.

So this morning I was dressing my eldest. We were talking about one of her favourite toys at the moment, her stuffed Hootabelle. The Giggle and Hoot Show is the official show on the ABC that hosts the ABC Kids channel. We are a TV family. It is on every day, all day. So sue me. We don't vegetate in front of the TV mindlessly. That's not how it works. It's on in the background. Sometimes the kids join in with the songs, sometimes we ignore it and go to another room. The kids learn a lot and it creates an ambience of joy and music and learning and colour. We live in a unit. We don't have a yard. I take them out regularly, but when we're home, the TV is our mate. After they go to bed, it stays on. Regardless of what we're doing, the TV stays on til we go to bed too.

We were naming all the characters on the show. They are mostly owls. We went through all of them, but she seemed to think we were missing someone. I argued that no, that was it and we went through them again.

'The one with the mustache', she said. I thought for a second and went through them again. No that was it; Hoot, Hootabelle, Hootley, Giggle Fangs, Mini Hoot, Giggleosaurus, Giggle Paws. There were a few other randoms like when they do the Xmas special, but I knew she wouldn't remember those ones.

I tried to convince her that it was all the characters we knew and it was time to move on, but she wasn't satisfied. I could see her face contorting in an effort to try and remember. It was like I was witnessing that first sense of frustration you get as you search your memory banks for something you want to bring to mind, but just can't. As we chatted away, it suddenly occurred to me what she meant by the mustache; she meant the beard.

'The Pirate one, Hootbeard!', I exclaimed. Her face lit up!
'Yes, Hootbeard!'. She was thrilled. We had a moment. We looked at each other relieved that we remembered. I've had moments like this with so many people. You're deep in conversation and you want to say something important and relevant, but it's just impossible to recall. How many times have we instantly pulled out our phones to Google it? That actor's name, that ingredient that can substitute sugar, that bit of legislation, the name of that restaurant we went to.

This morning I shared that with my baby and I don't know why, but it made me teary. It was special and I hope the first of many candid conversations we will have that leaves us feeling like we're on the same page.

Then I spent the next 15 minutes sifting through her sister's shit with rubber gloves on, trying to find the little white plastic thingy off the end of the coat hanger, that she swallowed yesterday. It's a life of extremes.
Posted by Diane Koopman - Humanisting at 10:31 am No comments:

When Casual Violence Against Women Was Totally Mainstream

The other day I saw an old music video pop up on my news feed online. It was for the Lambada, the forbidden dance from Brazil. Oh the joy of dancing sexily on the beach in the 80s. Dirty Dancing and Footloose were hit movies around that time too. I watched it for old time's sake. I remembered the two children who danced so beautifully. If you watch the video, you'll see them.

I'd forgotten about the 'plot'. The young girl is working with her dad at what looks like a beach bar, while the patrons danced to the band. A young boy makes eye contact with her and invites her to dance. They embrace and start doing the Lambada. A fast paced, close bodied, hip swiveling sway. The children dance with precision, innocently. Doing the moves well and being cheered on by the other dancers.

Suddenly, the dad catches a glimpse of his daughter and exhales cigarette smoke angrily. He storms over to her and whack! SMACKS HER ACROSS THE FACE, (around 1:35). What the fuck! I forgot that bit! The actor just flicks the young girl's hair, obviously, but it's clear it's supposed to portray a slap across the face. Here look:

I'd forgotten about the casual acceptance of violence against women in mainstream popular culture in the 80s, perpetrated by fathers or partners. I got to thinking about other instances I could remember. Footloose was definitely another one. Ariel, the lead character cops it twice. Father and daughter have an argument and WHACK, he slaps her across the face. She also has a fight with her boyfriend. It starts off verbally, then she takes to his car with a bat or something and he slaps her around a bit.

I can't remember if there's a similar scene in Dirty Dancing too. I remember the father being angry at Baby about some stupid shit and her begging his forgiveness while he looked out over the water sulking and her telling him in tears that she loved him and then running away. He stays stoic through it, angry, unforgiving, until his lips start to tremble and he succumbs to his emotions once she's left.

It was interesting to think about such iconic movies and music that casually portrayed violence against women by a person in an intimate relationship with her. When I say interesting I mean outrageous. I don't remember an uproar. I searched online for articles or criticisms. Even footage or photos were difficult to find. I couldn't find reviews that criticised these plots. I momentarily comforted myself about the fact that it was in the past and things have changed for the better. I mean there have been some incredibly empowering films about women who escape or confront violence perpetrated by men.

Thelma and Louise comes to mind. Although at the end of the movie, they drive off a cliff in a suicide pact. The original story saw them escape to safety in Mexico, but that didn't rate well with test audiences.

Once Were Warriors was another excellent film that looked closely at domestic violence. It confronts the culture of silence and shame that exists around family violence and addresses patterns and cycles of abuse and reconciliation better than any movie I can remember.

Sleeping With The Enemy is a lesser known film about domestic violence, even though it stars a huge Hollywood actress Julia Roberts. I don't remember it getting icon status like Pretty Woman did, even though the story line was a more realistic portrayal of a woman's experience. A woman is more likely to live Laura Burney's life than Vivian Ward's.

Despite such great advances in popular culture and its attempt to address misogyny and violence against women, Hollywood executives seem to still be missing the point. I wonder if it is a deep seeded and subconscious male privilege or blatant and deliberate sexism known to bring in the big bucks and sell movie tickets in some sick fetishistic way.

Recently, an uproar did ensue over the poster for the movie X Men: Apocalypse, which portrayed one of the male characters Apocalypse played by Oscar Isaac choking the character of Mystique played by Jennifer Lawrence.

I mean really?! I don't care that it's a still from the movie. I'm sure there were other more appropriate images the studio could have used.

You may be wondering what the point to all this is. I mean, surely we can all tell the difference between popular culture, entertainment and reality. We see all sorts of injustices in movies and on TV and in music videos. That doesn't mean we are declaring those things are acceptable. Or are we? What level of desensitisation are we experiencing.

When a rapist gets 6 months jail for brutally assaulting a young woman while she was unconscious, because he was a college swimmer and the punishment to his heinous crime might have an adversary effect on his future (never mind the effect of his actions on the young woman in question's whole life), it does make you wonder how one thing (popular culture) impacts the other (justice systems). The victim wrote the perpetrator a letter and it says everything so much better than I ever could.

You can't boycott everything, but you can criticise it and see right through it's bullshit facade. And you can change the script. I hope to see more scripts turned on their heads and I hope to see those ideals reflected in reality.
Posted by Diane Koopman - Humanisting at 9:38 pm No comments:

Diane Koopman - Humanisting
I Wanna Talk About This is a collection of stories, experiences and observations that promote equality, peace and justice. Words are weapons enough.